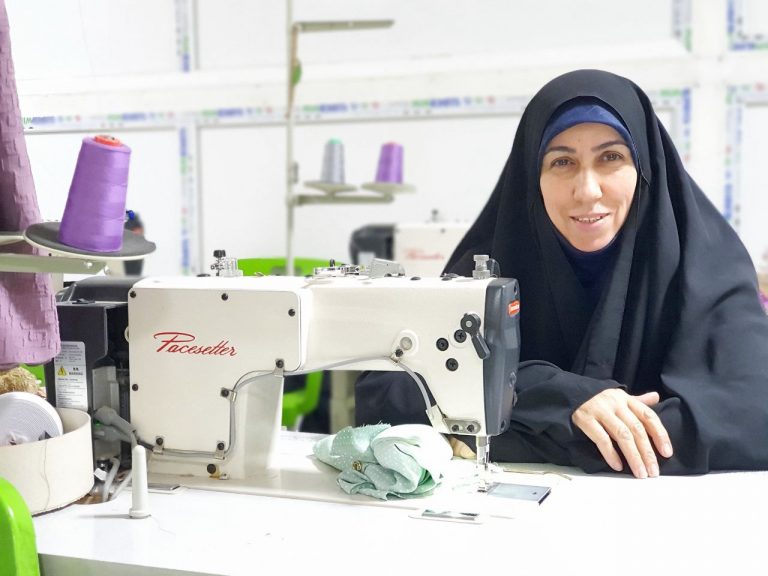 The Story of Neidhal

Since childhood, Neidhal has faced her fair share of adversity and obstacles. Born to both speaking parents, Neidhal and her younger brother really struggled to communicate with the rest of the family as they both have hearing impairment.

Growing up in Baghdad, Neidhal remembers being signed up for school at a local school for children with special needs. There her and her family learned how to communicate with each other and gain important life skills. Her life took a tragic turn at the age of 17 when she lost her father to health complications. At this time, the family was left without a breadwinner; they found it very difficult to purchase even the very basic items. It was at this time that Neidhal decided to learn a skill that allowed her to earn her own income and start relying on herself. She says that since she was a young child she had always loved tailoring and started off by making very simple garments. A few years after the passing of her father, and her mother passed away due to a heart attack, this was very traumatic for Neidhal, and she now felt more alone than ever as she was very close to her mom.

A few years following the passing of her mother and Neidhal and her siblings were forced to move to Karbala due to the 2003 war that took place. Matters were very unstable and they did not feel safe there. Just upon reaching Karbala and Neidhal got married, her husband Haider, also has hearing impairment and cannot find work due to his disability.

Now close to 15 years later and Neidhal has taken a step that has truly transformed her life. Neidhal joined us in the Mothernomics project in the training program in January of 2022. This is a great milestone for the project as it now accommodating to individuals with different learning capabilities. Since she has joined she has not only developed her skills, but she has also gained many friendships. She says that through the project she does not feel lonely anymore and feels included.

The project has given her hope and she does not feel discriminated against. The project environment has allowed her to feel like this is her second home and a place she finds great comfort in.

In training Neidhal was top of her class and has now graduated and joined Mothernomics production.