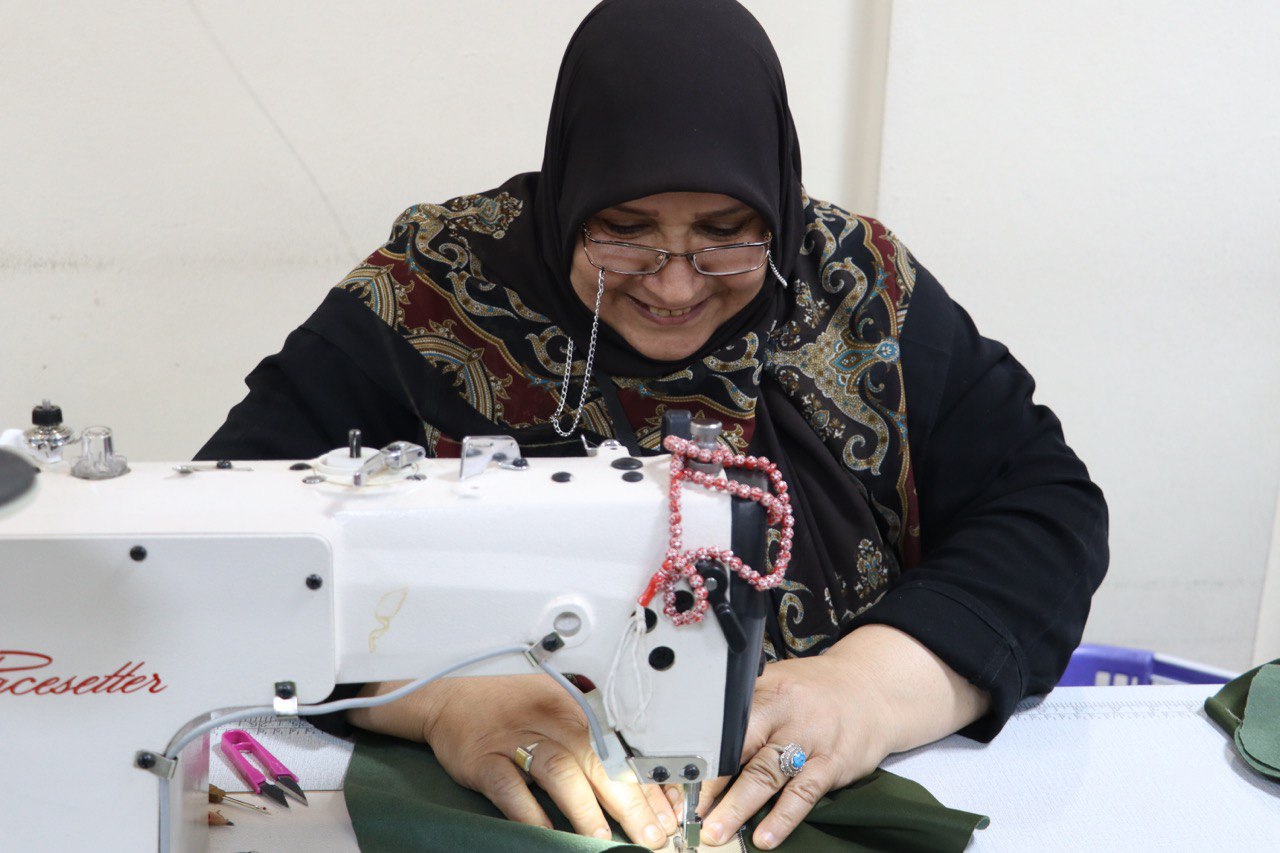 “I am a home tailor, I have been for many years now, but the experience I have gained at Mothernomics in the past two years has been truly transformative.”

Aqeeda, a mother of seven, found out about the Mothernomics project by accident. She says that at the time her sister had been recently widowed and needed someone to go with her to register at a few charities. That’s when she saw the Mothernomics sign. It was right outside the sponsorship room and she immediately knew she had to sign up.

At the time of signing up, Aqeeda’s family had been going through a rough time, COVID had just hit and the majority of locals had lost their jobs. Her husband hadn’t been working for several years now due to his disability and Aqeeda was looking for work in order to pay the rent. She says that when she saw the sign she had been searching for work for many months.

In total Aqeeda has four girls and three boys. All of her four girls are in school and her eldest two sons are labor workers, she says that some days there is work and other days not so much. Her youngest son has some health issues and stays at home.

Before joining Mothernomics Aqeeda used to work at home, stitching for the neighbors and selling cooked food. She says that even when she had a sudden stroke four years ago, she continued to work as much as she could even though her movement was limited. Through continuous treatment and believing in herself Aqeeda fully recovered from the stroke.

Joining the project has sparked something in Aqeeda, something that was already there but just needed a little push. Her positive energy and optimism towards the future is sensed by many if those around her.

At work Aqeeda has made many friends and is highly liked by everyone as she is always happy and caring. This month she received mother of the month award for her continuous efforts in keeping the workshop clean even though she had surgery on her toe.

The project has not only transformed Aqeeda’s life financially but mentally as well. She says that having a routine in her day has made her happier and she now looks forward to her day as opposed to before. Also, the mental health sessions that continuously take place at MOM have greatly positively affected Aqeeda’s mental health well-being.

It all started with a dream, a dream to one day buy a house for herself and her family. This has been Aqeeda’s wish since she got married over 30 years ago. The project motivated her to believe that this possible and with her hard work she can achieve anything she puts her mind to.