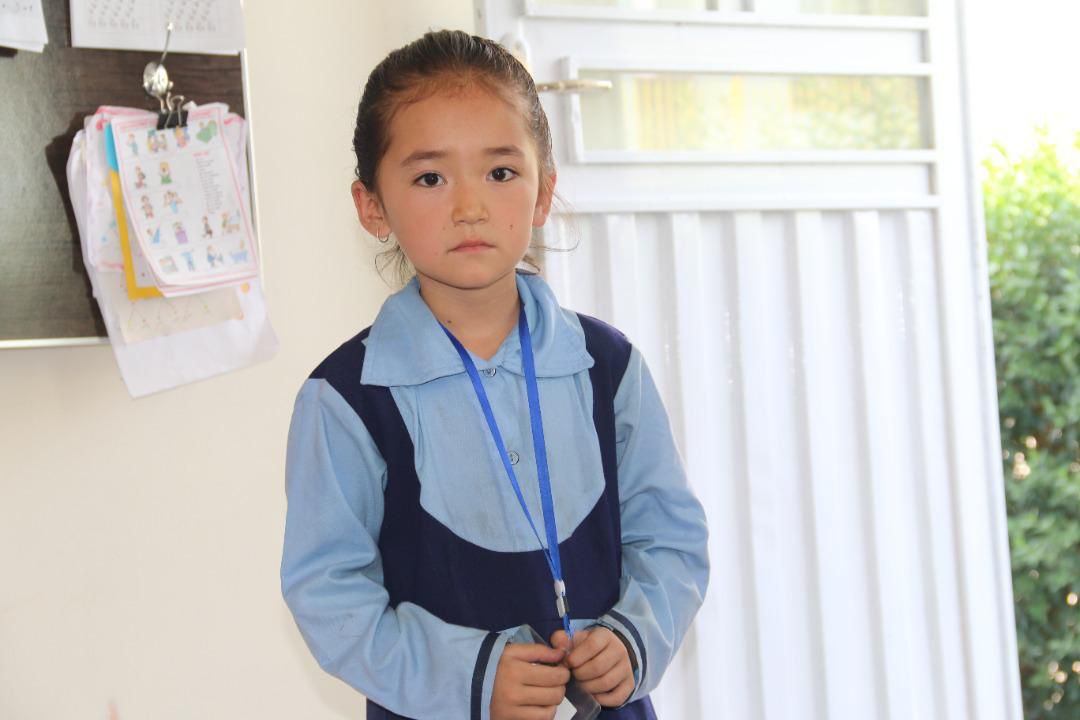 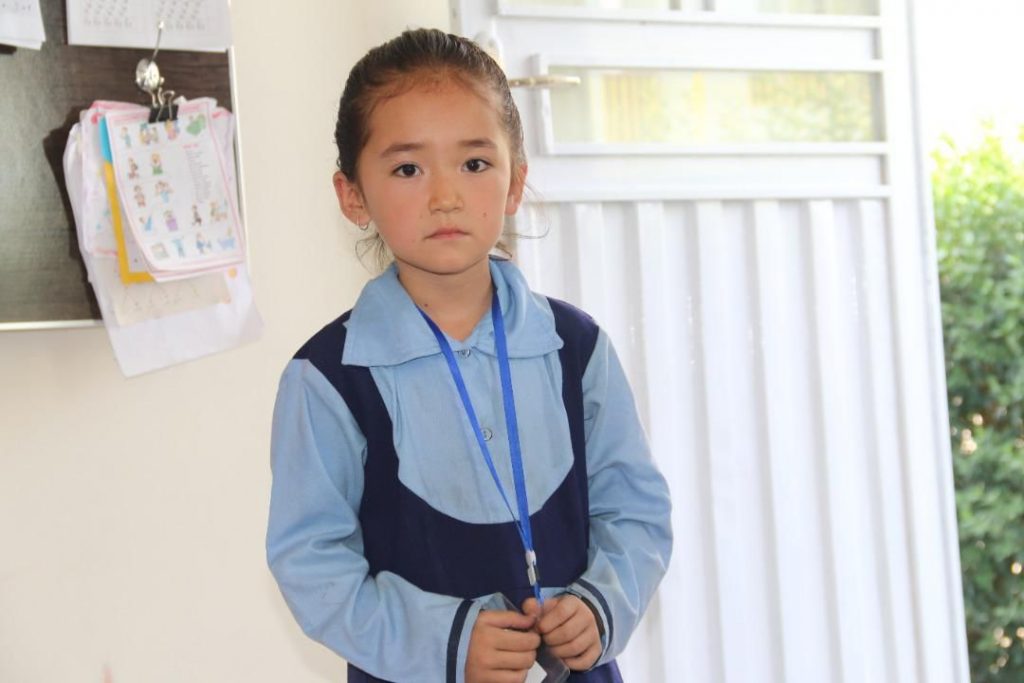 LFT Afghanistan – A child without her mother, Roqia, aged seven, is one of the 50 orphaned school children studying under the LFT-sponsorship education program at a privately run school in Kabul, Afghanistan.

She is living in the Qala-e-Naw area of Dasht-e-Barchi. Roqia lost her mother only when she was two months old.

She grew up in a family without the loving care of her mother and was taken care of in a poor family by an old widowed lady to whom her father was newly married.

Her 70-year-old foster mother, Wazir Gul, had already lost her six sons of different ages due to an unknown illness and lack of access to doctors and medicine in a rural area of Waras district in the central highlands of Bamyan.

Years after Wazir Gul endured the painful loss of her children, she left Bamyan and came to Kabul. At Roqia’s father’s house, she had the dream of bringing up a child who would one day go to school and get educated.

As a child, Roqia liked to go to school just like other children. As far as public schools were not close to her home and lacked quality education, her parent could not afford to send her to a learning center or a private school due to lack of money.

She always stayed at home and was unhappy about not being able to go to school and felt very sad for being an orphan child in a poor family.

Luckily, Roqia was introduced to the LFT-backed winter learning center. In January 2022, Roqia joined the center and started her first learning experience. She was very excited about joining a new environment and receiving LFT’s extensive support.

The learning center provided Roqia with special support such as textbooks, stationeries, and a uniform for which she and her parent were all so happy. Wazir Gul said:

“Before joining the course, Roqia was a desperate street child in a very miserable situation and didn’t have any new clothes.

Since she got the LFT- mothernomics produced uniform in the center, she became a tidy and well-disciplined girl, always keeping her clothes clean and caring about her lessons and school belongings.”

After the course ended, Roqia got the chance to be enrolled in the private school supported by the LFT to attend her first grade. She is now studying in the school as a regular student.

When interviewing her, we saw deep excitement and joy on her face and observed the difference in her physical condition which shows how positively and greatly LFT’s sponsoring of her education has impacted her.

“The first day I attended the learning center and school class was so exciting which gave me a genuine pleasure and made me really happy,” said Roqia.

“Last year, Roqia was going to kindergarten and we paid 600 Afghani per month for her fees, but after the general situation worsened, we couldn’t cover her fees anymore. Luckily, this year with the help of the LFT she goes to school and is very happy that LFT supports her education, Wazir Gul, explained.” LFT’s support has brought a smile to her face and fostered her motivation for education. Her parent thanks those who support girls’ education in Afghanistan, especially Roqia’s who didn’t have any means to gain education and pursue her dreams.
Furthermore, Roqia feels that this opportunity has transformed her life, giving her hope for a better and brighter future.

During the vacation, one-day Roqia asked her mom to take her to school. She took her to the school where Roqia, immediately after arriving, entered her class, took the marker, and wrote on the whiteboard: “My dear teachers! I miss you a lot, I hope schools resume soon”.

Also, she said to her mom a day before the resumption of school ‘I can’t fall asleep because I am excited to go to school tomorrow after a two weeks break and see my teachers and friends.’

Wazir Gul, also said that what I like about Roqia the most is the tangible change in her.

When she returns home, she even sticks to doing her homework and repeating her lessons with extraordinary motivation and enthusiasm. “She puts her mothernomics sewn school uniform on the shelf and says that it should remain new because it’s the only new clothes I have ever had,’ Wazir Gul narrated.

Thank you to all our patrons who continue to make this assistance possible.