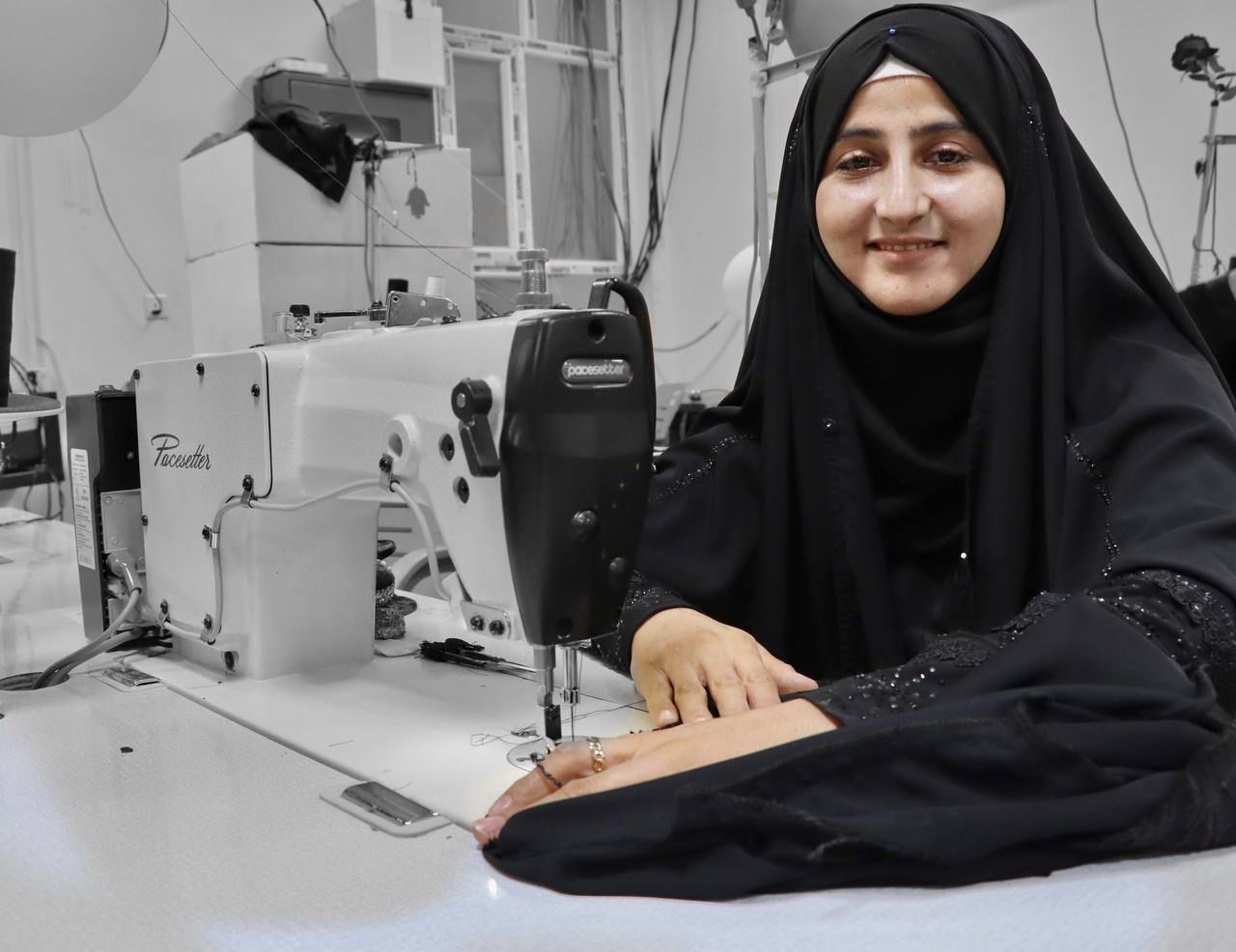 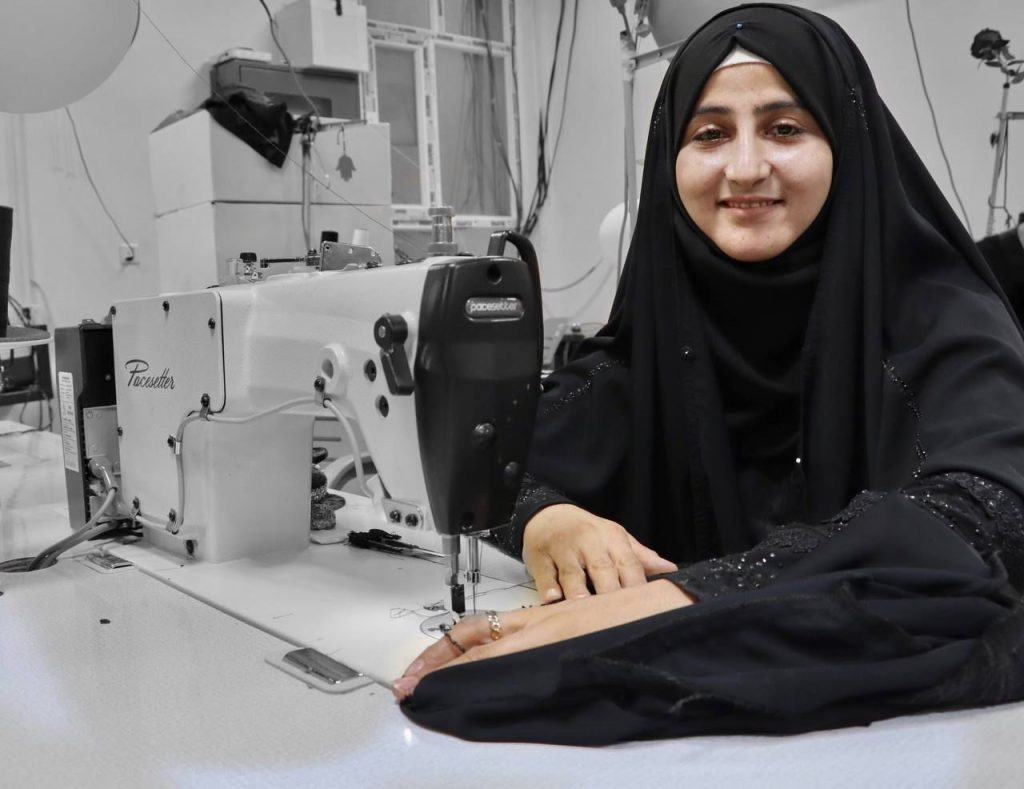 “This is a day I’ll always remember, it’s a very special day that transformed my life.”

On the first day of Muharram, Anwar started her first day in production in the MOM workshop. Upon speaking to Anwar with sign language, the excitement clearly shows on her face.

At a very young age Anwar knew she was different, growing up she saw and perceived the world in a very unique lens and had always wished she’d find a community that fully accepts and understands her.

After that she just stayed at home and helped out with the chores and other tasks around the house.

Throughout all these years, Anwar wasn’t feeling very accomplished as all her time was just spent at home. A few years later and Anwar was introduced to someone else who happens to also have hearing impairment, Fatima. Anwar kept on staying in touch in Fatima and they developed a friendship.

Later on Anwar found out about MOM through Fatima. Fatima had joined a previous course of training and had told Anwar about how much she had enjoyed the course. She saw that Fatima could work and successfully complete the course regardless of her disability so she thought to herself she definitely could as well.
Initially her parents did not agree because they were very cautious to send her anywhere due to her hearing impairment and because the local community is very unaccommodating with individuals with disabilities.

After lots of convincing and after lots of negotiating, Anwar’s parents finally agreed and she started training in May.

Before training at MOM, Anwar says that she constantly had severe panic attacks and her anxiety was at its highest. She says that she felt excluded in her community and she was greatly struggling because of that.

Upon joining training, Anwar was fearful and anxious about starting in a new place and getting to know new people. As the days past she saw that there is so much support for her here and she started making friendships and what made her that happiest is that she was learning a new skill.

At the Mothernomics project, Anwar says that she felt something she had never felt before, she felt like she was part of a community and through the continuous support and the mental health sessions that she took part in, her panic attacks have stopped and her wellbeing is now in a much better state.

When she was just staying at home, Anwar used to always think to herself and wonder would there really be a day where I could find a work environment that is accepting of me and a place where I no longer felt excluded. She says this became her reality when she came to MOM headquarters.

MOM has made her feel appreciated for who she is and she does not feel discriminated against.

Anwar says “I developed and I feel like the road to success has opened in front of me, I thank everyone who has supported me and continues to support me on this journey.”