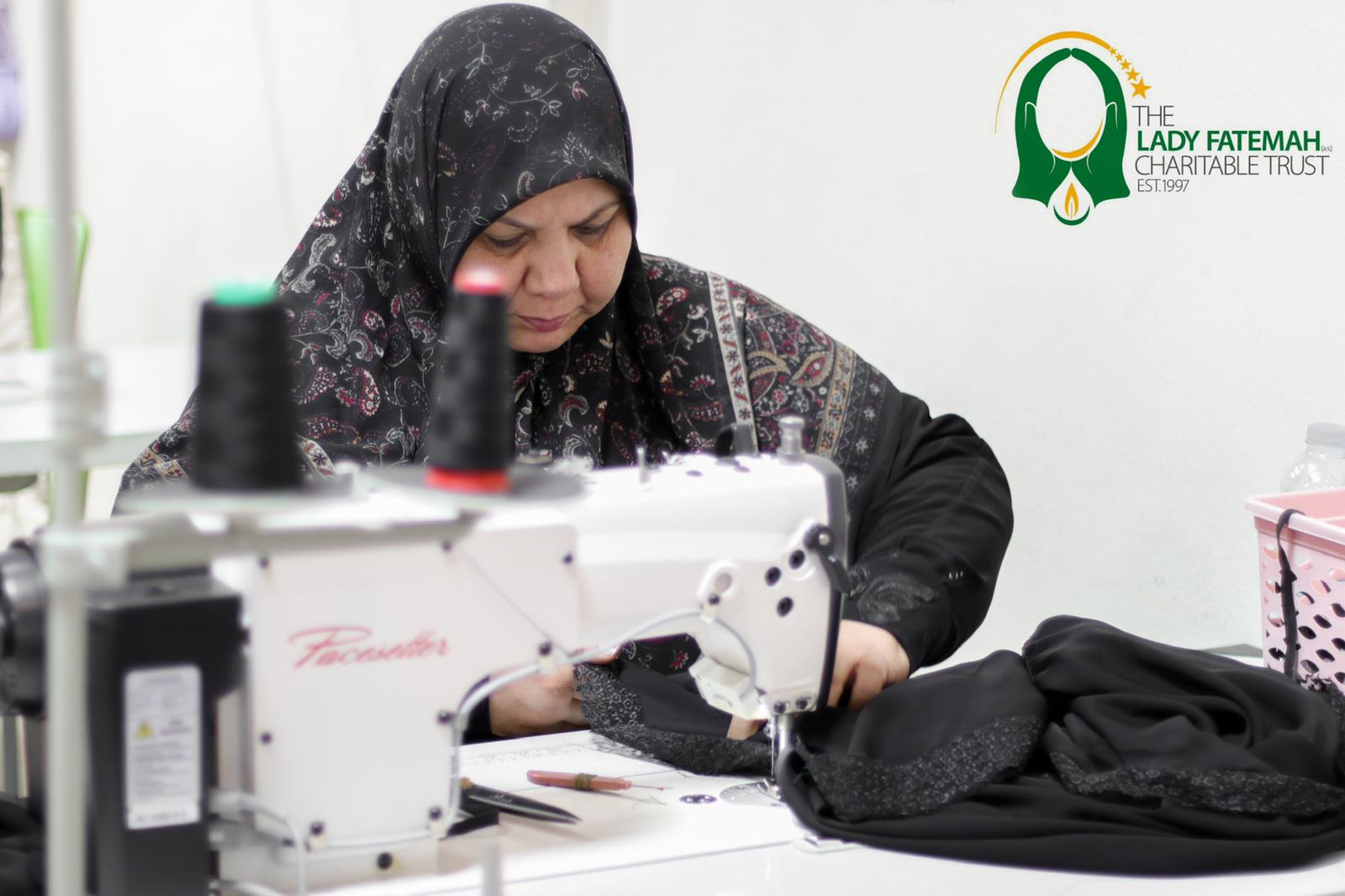 These were Amal’s words to describe the Mothernomics project in Karbala Iraq.

A project that has come to change her life in a way she’d never forget.

On a very unfortunate afternoon in 2006, Amal’s husband, Riad, was complaining of tiredness and suddenly had a heart attack. He was taken to hospital but was announced dead very shortly after arriving there. This truly devastated Amal, she had just moved to Karbala from Baghdad due to the bombings with her family and had four young children to think about.

As a 34 year old widowed mother of four other young children Amal was truly traumatized. She had no other option but to move back in with her family, even though her parents’ house was already too small.

Amal ended up staying with her parents for just over two years and then moved to a house that belonged to her in-laws but was vacant.

During that time, her youngest son, Wissam, who was 13 at the time quit school and worked to provide for his mother and three younger siblings.

Amal says that even with Wissam working they could barely afford to eat.

Now 15 years later and Amal is in a much better place, her children are now older and her two daughters are now married with children of their own.

Her eldest son Wissam recently bought a satuta and is collecting money to get married soon, and her youngest, Mohammed Ridha, who was only two when his father passed away is now in the 9th grade and doing well.

Amal joined Mothernomics at the beginning of 2021 and was in the first group of mothers that graduated from the Mothernomics training centre.

Now about 6 months after her joining, Amal is doing exceptionally well. She says that ever since she was a young girl she adored tailoring as her mother was one.

Amal says that when she tailors, her mother’s memory is always on her mind.

Mothernomics has greatly transformed Amal both financially and mentally.

Through the project she has gained many friends and is in a very different mental state than when she first started a couple of months ago.

Amal says that the project has given her her life back and she feels alive again.