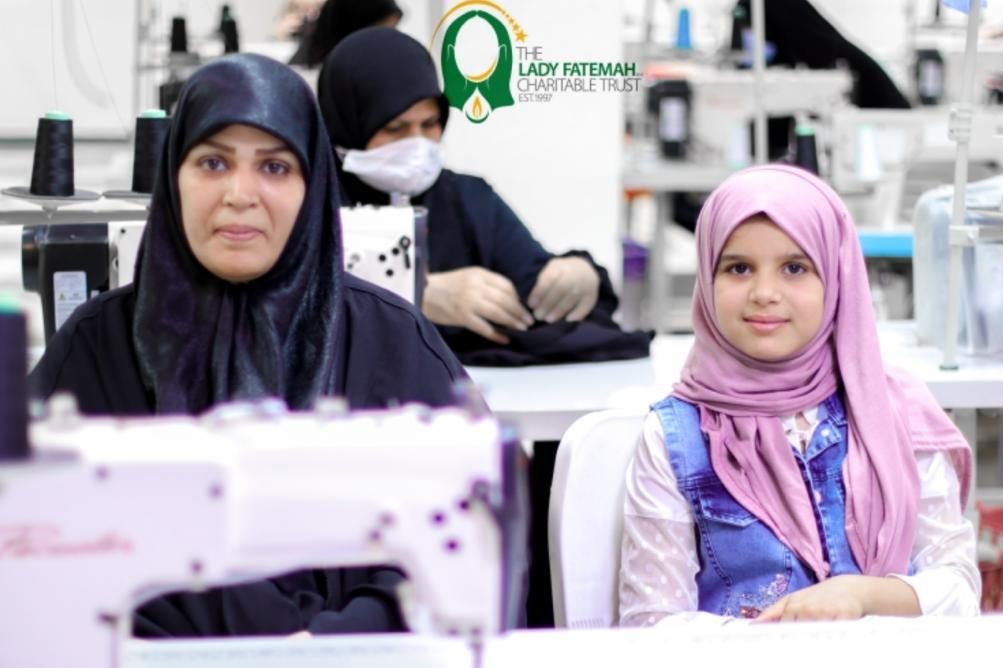 What’s worse than struggling yourself is seeing your own children struggle.

It’s something a parent never wants to see, specifically when the children are very young and cannot comprehend what is going on.

Losing your father is one of life’s biggest struggles, and is something a child should not have to go through.

Hawraa Abed Oun suddenly and tragically lost her husband back in 2015 when she was only 35 years old and a mother of 7, all under the age of 13 and the youngest being only 2 years old.

This devastated Hawraa, she has now lost the closest person to her and her main bread winner.

Walid, her husband was only 36 when his blood pressure suddenly spiked and caused him a sudden heart attack. He was a driver for the health ministry and used to receive a very good salary. Upon his passing, Hawraa was left a single mom and fending for herself.

She was forced out of her house because she could no longer afford the rent and was forced to move back in with her parents with her 7 children. This caused even greater strain on Hawraa because her parent’s house was very little, giving them very little privacy.

There were also no schools close to her parents’ house so the children were forced to take a year off.

Slowly she managed to move out from her parents’ house and rent a couple of rooms for $170 a month, leaving her with $30 a month on food and other necessities for her and her seven children!

She says that there were many days were she had to choose between housing and feeding her children and she couldn’t let her children starve.

During her time with living with her parents, Hawraa learned how to tailor from her mother and gained basic skills.

She started making some pieces at home to earn a living but the quality of her items wasn’t that great which caused her to lose her customers. Upon hearing about the LFT’s Mothernnomics project, Hawraa was very excited to join and develop her skills.

She joined the first group of training in the Mothernomics building in Karbala and is an excellent graduate.

Um Sajad, the trainer at the centre, says that Hawraa is a keen learner and always strives to be better in spite of all the life experiences she’s had.

When asked how she feels about the project, Hawraa says that the project has allowed her to feel safe, something she has not felt in a long time.

She says that she now feels productive and has something to look forward to.

The Mothernomics project has made Hawraa feel cared for and important.

She now has control of her life and is better able to care for her seven orphaned children.