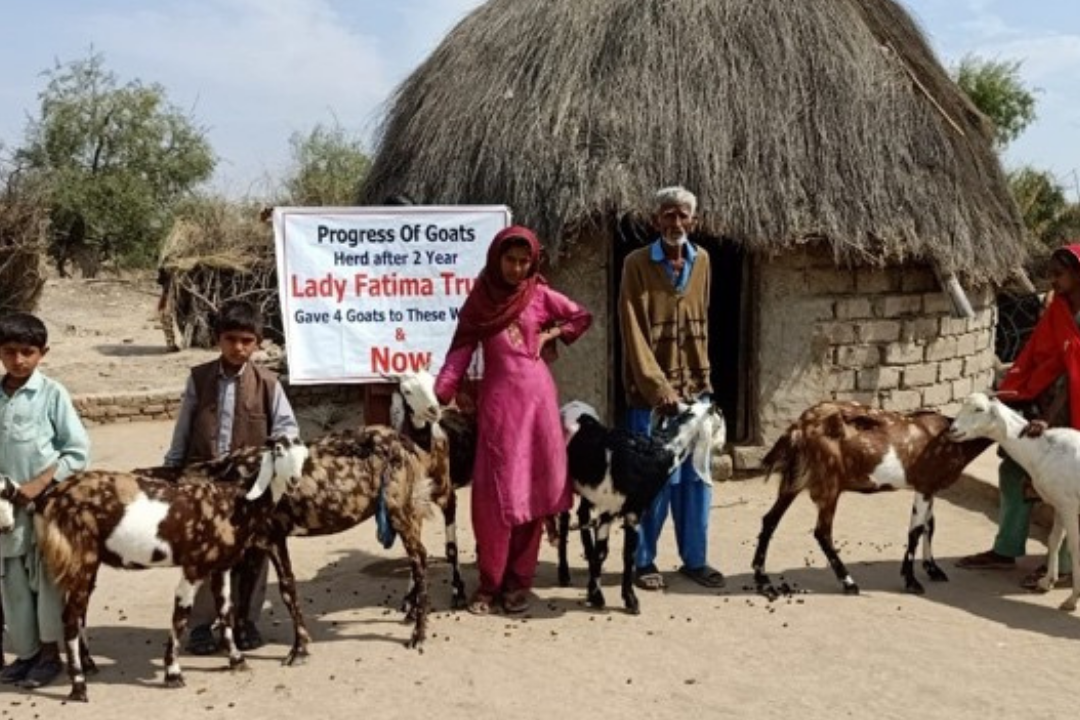 Coupled with this, the programme you have supported in Pakistan and Tanzania #YouGoataBeKidding, has been expanding support to the widowed communities around these farms and aims to distribute 2021 goats over the year.

Before embarking on any new phase of an LFT programme we always assess the impact of initiatives so far. It was highly reassuring that the widowed mothers who had received the goats two years ago have all grown their herds, their own physical health and that of their young orphaned is significantly better. Animal fodder from farms such as the ones you have helped to irrigate is helping then graze their animals.

Later this month, more than 240 goats funded by the LFT will be provided to poor urban farmers by our local partners, Kijana Kwanza in Moshi Tanzania. We will continue to support this work, inspired by the work in Sindh Pakistan, as it grows and delivers similar outcomes in rural Tanzania.

In Ethiopia, we will soon be commencing a water distribution programme to bring spring water to 3,000 residents of the Bale Region of the country. Following the success of the six water stations that you generously enabled in Oromia District, access to safe water is now enjoyed by over 9,000 residents and crops such as papaya, sugar cane as well as wheat and other staple crops are commonly grown. The project has successfully increased the community’s resilience to hunger as well as civil strife and infestation that has increased the incidence of hunger across the region.

You too can help many more water distribution projects to be installed in Ethiopia, Kenya, Pakistan, Yemen and Zanzibar.