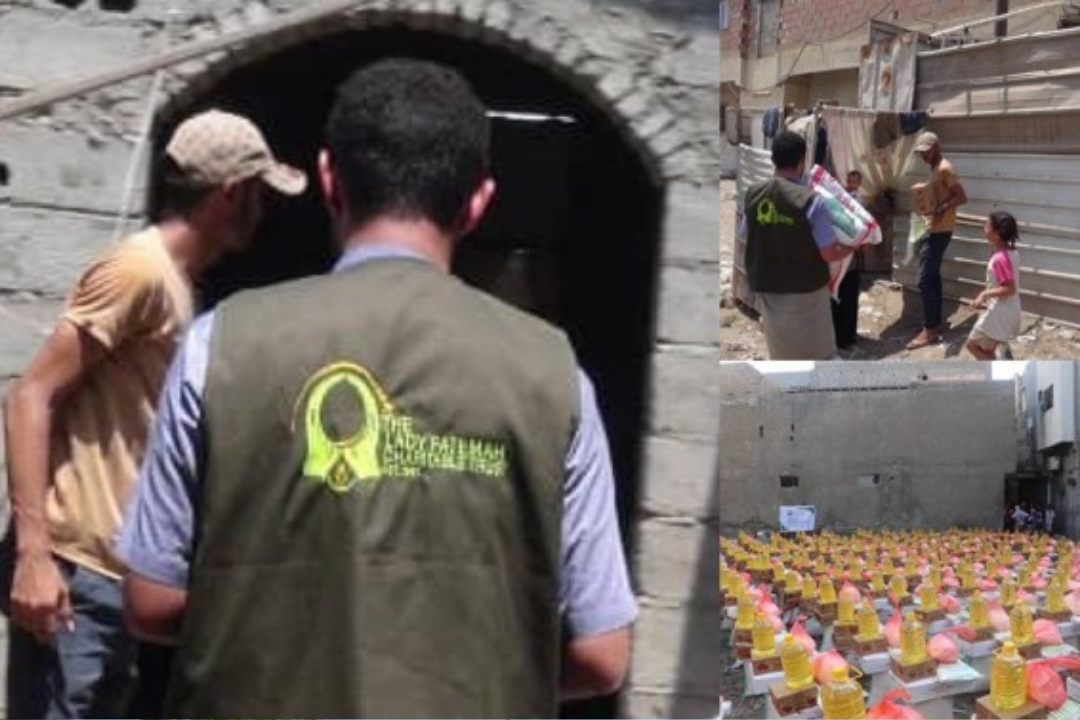 Each parcel costs £45 and contains sufficient nutrition to feed a family of six for 30 days. In the Holy Month of Ramadhan when LFT food distribution will deliver emergency food assistance to tens of thousands of people who are commemorating the Holy Month, we will also continue to support many more families in Yemen.

Did you know that your assistance during the war in Yemen has reached over 125,000 people in over 12 towns and cities across the country? Many thousands of other vulnerable people have benefitted from free bread from the Al Siddiqa Bakery in the capital Sanaa and this continues to distribute 5,000 loaves every day to the city’s most vulnerable residents.

With your support, many more families can benefit not only form the iftar and other food distribution campaigns in Yemen but from several other initiatives in education healthcare and microfinance including #YouGoataBeKidding.

Help support survivors of the war in Yemen with emergency and long-term empowerment: