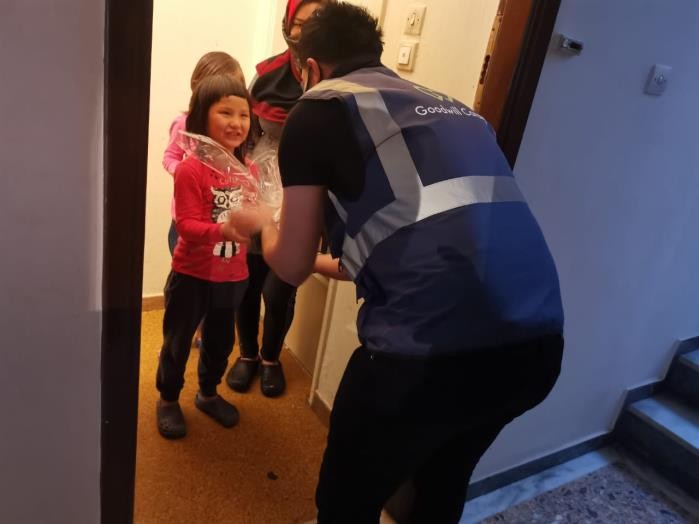 According to UN agencies, Greece hosts about 100,000 refugees and the number is increasing on a daily basis. Refugee flows to Greece have risen by more than 200% in the second half of 2019, mainly due to conditions in Syria and due to the Turkish government’s efforts to relocate refugees away from Istanbul. Since the beginning of 2019, more than 70,000 refugees have reached Greek Islands according to UNHCR. With the EU borders along the Western Balkan route closed since 2016, new arrivals are forcibly trapped in Greece.

Just 10 percent of those in Greece have jobs. Refugees in Greece receive no orientation or training support from the state. The more refugees that move from Greek islands to mainland Greece, the fewer jobs they can find. The Commissioner for Human Rights of the Council of Europe has observed that access to the labour market is seriously hampered by – among other reasons – obstacles posed by competition with Greek-speaking employees, and administrative obstacle in order to obtain a necessary document, which may lead to undeclared employment with severe repercussions on the enjoyment of basic social rights.

In October 2018, UNHCR issued the findings of a participatory assessment in which a sample of 1,436 asylum seekers and refugees fed in their views. According to this survey:

“Most participants reported difficulties in accessing the labour market. They attributed this to a lack of information, high unemployment rates, lack of required documentation (e.g. residency permits, passport), language barriers, the remoteness of some sites from cities, and lack of job advice and placement support… Participants found the programmes on self-reliance and employment limited and unstructured…The lack of Greek language classes, which most perceive to be required for integration, was a commonly referenced issue.”

Stories from those YOUR generosity has assisted, we hear the perspective form our local partner:

“Shahd is not yet thirty, yet she has already lost her husband and her two brothers to the war in Syria and is currently the sole carer of her son, aged seven and her mother who suffers from throat cancer.

We met Shahd when she approached our Baby Essentials Aid Distribution team in Athens and asked them if we would consider offering her accommodation, as her family was staying as guests of another Syrian family in Athens and were in need of their own place.

Shahd was blighted with a medical condition where her legs and feet swell and turn blue in the winter months and all medical specialist she saw to date haven’t been able to diagnose her. In addition, her son lost the ability of speech, no one knows why yet but the mother believes it’s due to the toll the trauma took on him and Shahd’s mother can’t see an oncologist in Greece yet given that she is a recent arrival and doesn’t have the necessary legal and identification documents that allow her to benefit from public health services. Their recent arrival and lack of cash cards or access to funds mean they have no other means to access this urgent support.

The family now lives in one of our shelter flats supported by the LFT, our partner’s legal team is helping them with their paperwork and our medical office is tirelessly liaising with healthcare providers to secure oncological treatment for Shahd’s mother and finally, when we moved to our new offices in Athens, we hired Shahd as a cleaning assistant so she can self-subsist and earn enough to afford basic staples for her family and herself.

Farah fled the horrors of Afghanistan accompanied by her husband and their three young children and arrived in the Greek Islands in the summer of 2019.

Faced with the tyranny of circumstances and his inability to provide for his kids and pregnant wife as a refugee in an overcrowded and underfunded camp, her husband used violence towards his wife as a way to have control.

Luckily, the authorities granted Farah and her children permission to leave for Athens where she was hosted in a hotel and temporary shelter for a few days before being moved with her children to one of the flats supported by the LFT to help rehabilitate the mothers and their children.

Farah had a very complicated pregnancy and The Lady Fatemah Trust’s donation went a long way in offering her medical support and frequent emergency transport to the hospital.

Thankfully, she gave birth to a healthy baby girl in July 2020 and continued to benefit from the medical and legal support provided through LFT support as she suffered from post-natal depression and her children developed skin allergies shortly after the birth; additionally, our legal office helped her with the registration of her child and continues to help her with her and her children’s asylum applications. After six months she left the Shelter Project Farah found long term accommodation and looks forward to her future.